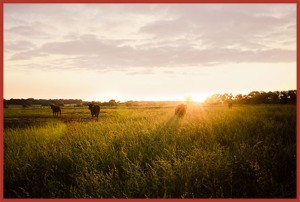 In 2017 the entire Circle A Registered cowherd was dispersed.
Circle A has long been known as one of the most data-oriented, profit-focused beef cattle operations in the world. Obviously, such a change in our offering was not a decision we took lightly. We truly believe that Circle A Premium Bulls (CAPB) are the most commercially-minded, profit-tested genetics available and they are the key to driving profits up for both us and our customers.

The graph below explains in a single visual why we made that decision. If you graph enough data, any data, you will see the normal distribution curve. Most of the data will fall around the average, or mean, and less and less data will appear the further you get from that average. You will also have some extreme outliers on both ends of the data, very far from the average. Cow profitability is no different. If you were to graph the annual profitability of every cow in your herd you would see that normal distribution curve in the data. Most of your cows would fall relatively near average, you would have a few well above and well below average and fewer yet very far from the average on both ends of the profitability spectrum. In most registered cowherds if any cow in that cowherd has a reasonably descent bull calf in any given year, that calf is kept intact and sold as a bull.

The truth is, just because it is a registered cowherd and those cows have registration papers does not mean they defy the laws of statistics. The greatest cowherd on earth still adheres to the normal distribution curve, still has an average and still has outliers on both ends of the spectrum. Meaning, any bull you purchase from such a system could be out of a cow on the lowest end of that profitability scale. Now you’re stuck with a bull out of a low profitability mother, from which you retain daughters and build low-profitability genetics into your cowherd for years to come. 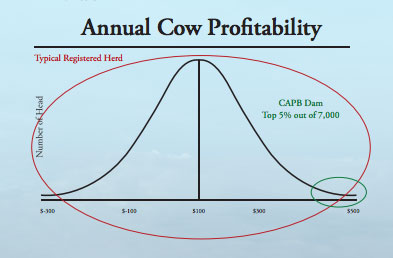 We’re not insinuating anyone does this intentionally, in fact, very few producers have profitability data on their cowherd; they honestly don’t know which cows are the most and least profitable genetics. Doesn’t it make sense to purchase your seedstock from someone who does? Someone who forces those cows to work in a commercial production environment, who demands those cows produce and perform at a level that increases profits for their commercial customers and who strictly culls those females, without prejudice, for necessity traits that make the producers’ lives easier.

Only because of the scale of Circle A and the fact that for over two decades we have been measuring and selecting for actual profitability, we can offer a solution in the form of the Circle A Premium Bull (CAPB). The CAPB comes out of only the top 5% highest profitability females out of a 7,000 head cowherd forced to function at a profitable level with minimal inputs in a true commercial production environment. For over two decades we have been aggressively using AI, collecting more data in our Premium cowherd than our registered herd, and calculating exclusive EPDs and Profitability Indexes. We have been formulating proprietary EPDs for Cow Stayability, Heifer Pregnancy, Feed Intake, and Average Daily Gain, plus all the growth and carcass traits you are all accustomed to and using them to create the most accurate profitability index on beef cattle in the world. Our Premium cows thrive in a fescue-based grass environment at 500 cows per man and are expected to wean a calf annually with no issues of soundness, eyes, feet, udders or temperament. Only after a cow has proven herself to be in the upper echelons of this production system and produced profitable progeny through the feedlot and on the rail, does she earn the right to be the dam of a Circle A Premium bull. Wouldn’t you like to know all of that is built into the bulls you’re buying? 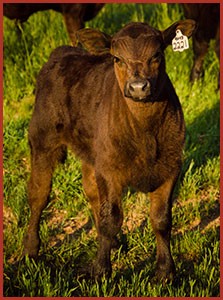 As the graph clearly depicts, we could raise registered bulls out of registered cows and tell you they’re good because they have a registration paper, or we could raise CAPB bulls out of elite females tested and proven in a commercial production environment. I know which bulls we would rather use in our own commercial operation. The CAPB Bull lowers our risks, produces calves that come easy, grow fast and hang high-valued carcasses while also yielding daughters that are matched to our environment. As we continue to select bulls out of only our most profitable females, the normal distribution curve does not change, but is does continually shift to the right, toward greater profitability. Over time our average cow don’t make us $100, they make us $200; our best don’t just make $500, they make $600 and the evolution toward greater profitability continues.

In the past 10 years we have fed nearly 100,000 head of cattle through our own feeding operation. Time and time again as we looked into the sires of some of our most profitable cattle, they were out of Circle A Premium Bulls; in contemporary groups against some of the very top AI sires in the Angus breed. CAPB bulls, and their progeny, consistently perform at a high level because their parents are highly proven in the environment in which they are expected to perform. Don’t just take our word for it, ask some of our customers. We have been marketing the Circle A Premium Bull (CAPB) for over ten years and many of our customers have tried both the Circle A Registered bull and the Circle A Premium Bull.

Paul Dillon of Holden, MO has been a long-time customer and purchased both types of Circle A bulls in sizable volume. “I think there is just more consistency in the Premium Bulls”, Paul said. “They do their job, their calves gain well when you put them on feed and their uniformity is a big reason why I can consistently top the market.”

Barry Nordwlad of Paris, MO is another long-time customer who has purchased both types of Circle A bulls and consistently sells his calves back to Circle A Feeders. For Barry, the CAPB Bulls have really shown themselves to be a great product. “The CAPB Bulls seem to do better for me, last a little longer and just hold up better, the calves do great on feed and gain quickly if you’re willing to feed them,” Barry says. 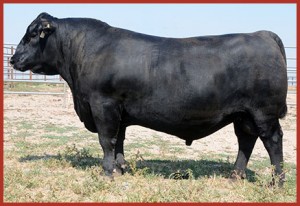 We’ve found the same things in our own herd and attribute the success of the Circle A Premium Bull to the fact that they were bred and design from day one to function in a commercial environment, and their mothers have proven themselves in that same environment. Sire section for the CAPB program has shifted from using the most promising sires in the breed, to the most proven sires in the breed. We’re committed to sourcing sires that make both great feeders and outstanding daughters. We’re going the extra mile to find bulls that will add pounds, width, volume and fleshing ability in a moderate package with sound structure, good feet and temperament. Proven dams plus proven sires equals proven success and those results are all packaged into the Circle A Premium Bull.